Jared Pobre is an American technology entrepreneur who has a net worth of $200 million dollars. Although Pobre is a successful business executive in his own right, he is probably best known to the general public as the husband of former WWE star Stacy Keibler. Unlike his wife, Jared seems to prefer the quiet life and stays out of the limelight for the most part. In terms of his business career, his greatest achievement was probably becoming the CEO of Future Ads, an online marketing and monetization company that he also founded.

During the first stage of Jared’s post-college career, he worked for companies like Local.com and Autobytel. At a certain point, Pobre decided to launch his own company called Future Ads. This company was first founded in 2001 with Jared acting as CEO. Over the years, Future Ads has become quite successful in a number of areas, including gaming monetization. Future Ads helps companies run advertisements on a variety of online gaming platforms, including online casinos. This in turn helps companies monetize their platforms. From 2005 to 2014, the company expanded considerably, eventually merging with another major company to become Propel Media.

He made headlines when he married Stacy Keibler, the former girlfriend of George Clooney, in a surprise ceremony in Mexico in early March of 2014. The two were long time friends who married just six months after they began dating. They have two children together, a daughter born in 2014 and a son born in 2018. 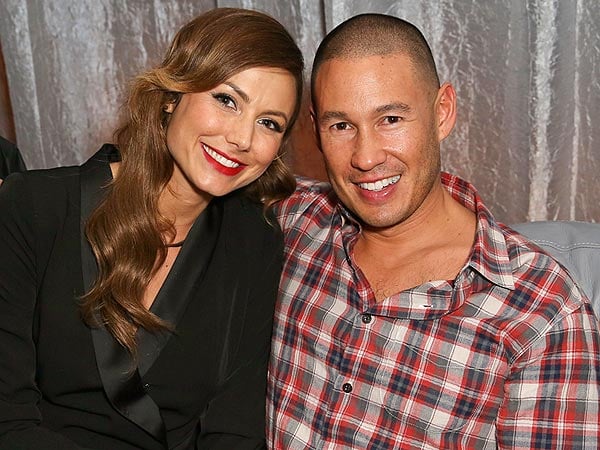 In October 2018, Jared Pobre and Stacy sold their 8-bedroom Beverly Hills mansion to film producer Gary Gilbert for $26.5 million. Gilbert is also a co-owner of the Cleveland Cavaliers basketball team along with his brother Dan Gilbert. Jared and Stacy originally bought the house in 2014 for $20.5 million. The eight-bedroom residence features 1930s detailing with modernized additions, such as an entertainment area with a screening room. Other highlights include a walnut-paneled library and a wine cellar.

In addition, Jared previously owned a mansion in Newport Beach, California, which he sold in 2014 for $8.8 million. Jared and Stacy listed a property in Beverly Hills in 2017 for $18.25 million. Pobre initially purchased this residence for $11 million in 2012. It was around this time that the Pobres relocated to Jackson, Wyoming in order to focus on family life.

In 2021, it was reported that Keibler and Pobre had sold this home in Beverly Hills for $15.2 million. After moving to Jackson, Jared and his wife put the home on the market for $18.25 million, but they soon cut the price repeatedly. Eventually, they listed it at $16 million, at which point the price was haggled down even further to $15.2 million by a buyer. The residence sits in the affluent Beverly Hills neighborhood of Trousdale Estates, spans 5,788 square feet of living space, and boasts five bedrooms. Other highlights include glass walls, views of Catalina Island, and an infinity pool.

At one point, the Pobres rented their home to NFL star Cam Newton for several months with the stipulation that he not throw any parties. Unfortunately, housekeepers reported that Newton threw several very large parties that caused significant damage to the home. Jared ended up filing a $270,000 lawsuit against Newton, and he eventually sued for $90,000 worth of damages and $180,000 in lost rent and legal fees.