Dakota Fanning is an American actress who has a net worth of $12 million. Dakota first became a Hollywood star at a very young age after appearing in a number of high-profile movies. Since then, she has been steadily pushing her acting career forward with a number of well-received adult roles. Outside of acting, Dakota Fanning is an established model who has appeared on the cover of various magazines. She is also a regular fixture at fashion events.

Hannah Dakota Fanning was born on February 23rd of 1994 in Conyers, Georgia. Raised in a Southern Baptist household by parents who were both semi-successful athletes, Fanning attended Montessori schools from a young age. Her older sister is Elle Fanning, another incredibly successful actress. Although Fanning became a famous actress at a very young age, she went to high school just like any other kid in Studio City, California. During her school days, she became a member of the cheerleading squad and was voted homecoming queen twice.

After graduating from high school in 2011, Dakota attended the Gallatin School of Individualized Study at New York University. This educational institution allows students to design their own curriculum based on their own personal interests and priorities. Fanning majored in women’s studies, but with a focus on the portrayal of women in film and culture. She left the Gallatin School in 2014.

Dakota Fanning began on the stage, performing in small plays at a very young age. Soon enough, she was auditioning for television commercials, and at the age of five, she appeared in an advertisement for Tide. She then booked her first real acting role in an episode of “ER,” playing a car crash victim. She followed up with guest roles in television series such as “CSI: Crime Scene Investigation,” “The Practice,” “Spin City,” “Ally McBeal,” and “The Ellen Show.”

In terms of film, Dakota’s breakthrough came in 2001, when she starred alongside Sean Penn in “I Am Sam.” At the age of seven, she was already attracting significant praise from critics for her performance in this film. Next year, Steven Spielberg personally cast Dakota in the sci-fi miniseries “Taken.” This role further convinced critics that she was the real deal, and roles in movies like “Trapped,” “Sweet Home Alabama,” and “Hansel and Gretel” soon followed.

2003 saw Dakota continue her upward spiral, and she booked central roles in major films such as “Uptown Girls” and “Cat in the Hat.” During this year, she also established herself as a voice actor, voicing the character of Satsuki in the English dub of the Studio Ghibli animated film “My Neighbor Totoro.” In addition, she joined the cast of the animated film “Coraline,” although it wouldn’t be released until 2009.  She also lent her voice to animated television series such as “Family Guy” and “Justice League Unlimited.” Speaking of television, she made a memorable guest appearance in an episode of “Friends” in 2004.

One of her most notable film roles during her career as a child actor was in “Man on Fire.” She truly showed off her acting abilities and her unbelievable potential in the action-thriller, and critics unanimously agreed that she was a completely professional actress at just ten years of age. The film was a box office success, grossing over $130 million at the box office – but reviews weren’t very positive. 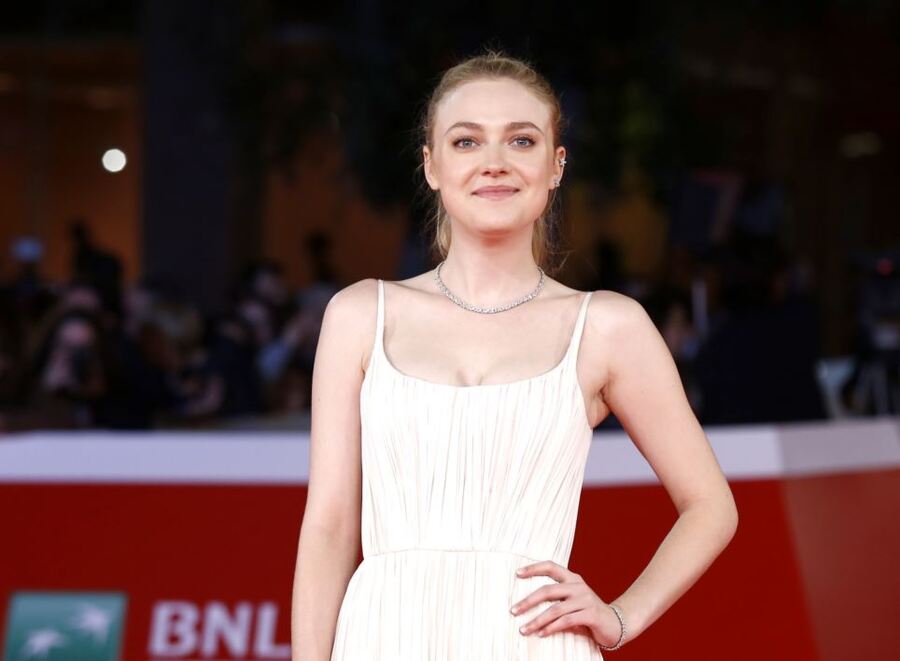 In 2005, Fanning appeared in “Hide and Seek” alongside Robert De Niro, a film that received overwhelmingly negative reviews. Throughout the next few years, she built upon her voice acting career with voice roles in projects such as “Lilo and Stitch 2: Stitch Has a Glitch,” and “Coraline.” She also booked a supporting role in “Nine Lives” and appeared in the film “Dreamer: Inspired by a True Story.” Fanning was quite busy during 2005, and she wrapped up the year with a central role in “War of the Worlds” alongside Tom Cruise. The sci-fi blockbuster managed to rake in over $600 million at the box office.

Before 2005 was even finished, she joined the cast of “Charlotte’s Web,” a film that was released in 2006. In 2007, she appeared in the controversial film “Hounddog,” in which her character is raped. The film was a critical failure due to the rape scene alone, and it flopped at the box office as well. Dakota finished off 2007 on a strong note with roles in films like “Fragments – Winged Creatures” and “Push.”

In 2009, Fanning joined the lucrative “Twilight” franchise, booking the character of Jane in the film “New Moon.” She later reprised her role in “Eclipse” and “Breaking Dawn.” The films contributed greatly to her net worth, and in 2009 she was worth an estimated $14 million. From 2010 to 2011, she appeared in movies like “The Runaways,” “Now Is Good,” “The Motel Life,” and “Effie Gray.”

Over the next two years, Fanning booked roles in movies like “Night Movies” and “Franny.” In 2015, she appeared in films like “Every Secret Thing” and “Brimstone.” Dakota’s career slowed after this period, although she still booked major roles in movies like “Once Upon a Time in Hollywood” in 2019.

In 2017, Dakota and her older sister Elle teamed up to purchase a house in San Fernando Valley for $2.3 million. Situated in the gated community of Valley Village, the 4,500-square foot property features traditional styling, a grassy backyard, and a pool/spa combo.

In 2019, Dakota bought her very own property in the Toluca Lake area of Los Angeles for $2.95 million. The house is very similar to the one she and her sister bought previously, featuring a pool and grassy backyard. Her new property also boasts high, vaulted ceilings. Next year in 2020, Elle and Dakota listed their San Fernando property for $2.7 million.